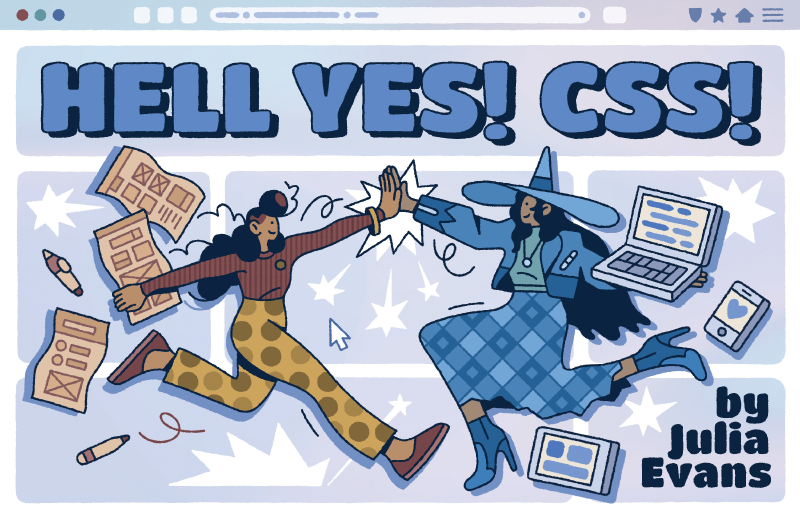 I wrote this zine because, for most of the last 15 years, I found CSS confusing and upsetting (not “hell yes!” at all!). Even CSS changes that I felt like should be “simple” would take forever, and I was often just changing random things and copying and pasting from Stack Overflow. At the end I usually didn’t understand exactly why my CSS code worked, and it wasn’t a good feeling.

And if you feel like CSS is weird, you’re not wrong. It is! Did you know that an inline-block element’s vertical alignment changes depending on whether it has text in it or not? It’s true! (Here’s the code showing this: https://css-examples.wizardzines.com/#inline-block-text)

But you can learn the weird things about CSS. Once you learn some of the basic weird things, it’s much easier to approach your CSS problems with the confidence that you can actually understand them. And then you can start learning from your CSS bugs (“oh, margin: auto behaves differently depending on whether the parent is a flexbox? Ok, good to know!!“), which means that every weird CSS situation you run into will make you a little bit better at CSS.

This zine is 28 pages, and learning some terminology and a few CSS fundamentals won’t magically make you a CSS wizard. But I found that after learning these fundamentals, I’m now a LOT more confident when using resources like MDN and CSS Tricks, and I’ve been able to fix a lot of CSS problems on my own (and understand the fixes) where previously I would have given up. I think it’ll be the same for you.

and it comes with examples!

A lot of the concepts in this zine are kind of surprising, and they’re hard to fully understand just by reading about them. So this zine comes with a bunch of examples that you can play with. If you see “try me!” on a page in the zine, that means there’s an example you can try out corresponding to that page.

Here’s where to get the examples: CSS Examples 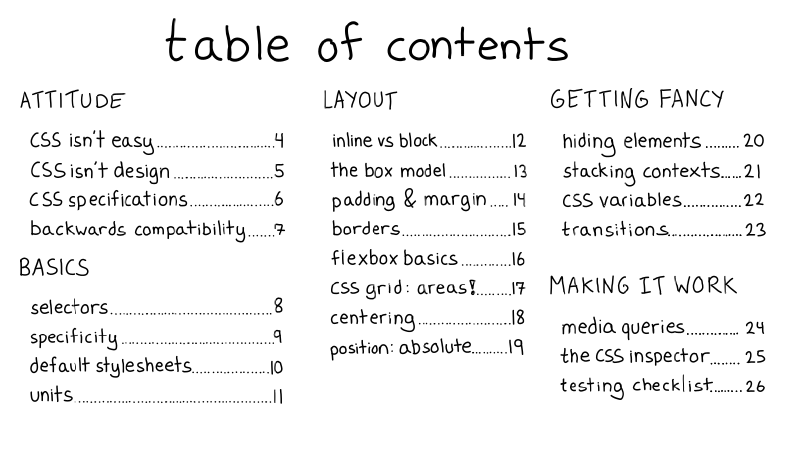 Take a peek inside: 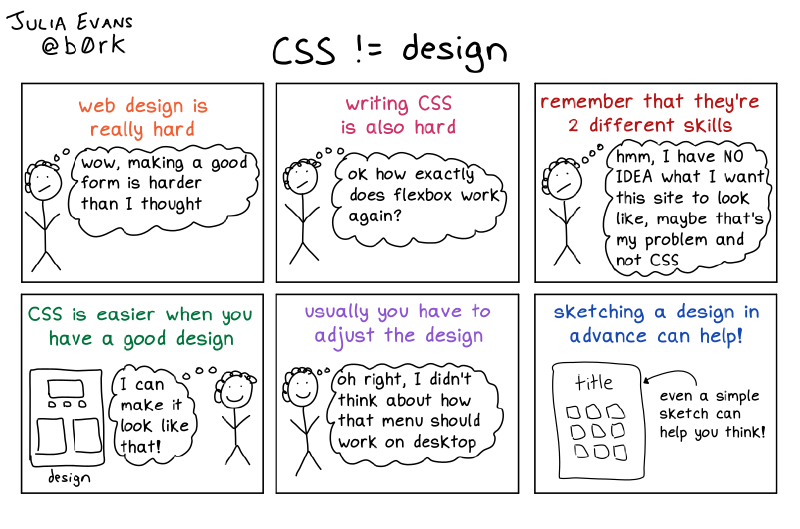 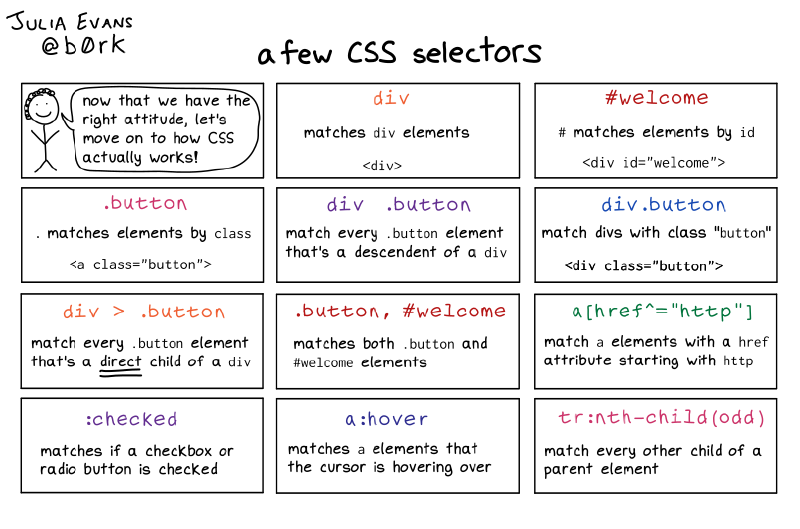